Housekeepers are probably one of the moodiest and rudest human beings in Kenyatta University.

And I know the majority of KU Comrades agree with me. Had I known what would happen to me that day, I would have just remained at home to tend to my camels and goats.

Well, it was on one of the Semester Opening Days. Sun was shining warmly, a little cool breeze… anyway, it looked like a normal day.

{Before I continue, let me tell you a little secret. I had bought a hostel room from one of my friends since he was planning to stay in a neighboring town. This is considered a serious offense according to Kenyatta University Hostel Rules. I had applied for a room but it didn’t go through, tempting me to break that rule.}

I walked confidently up to the housekeeper’s Office at (hostel name concealed).

A large sign read “Students should bring their own pens for signing in”.

I had nothing to worry about since I had my only blue Bic Pen with me. I remember buying it when I first reported as a fresher and I am planning to graduate with it, God-willing. Enyewe sipendi kusoma.

I knocked and entered. There were three housekeepers (one male and two female) in the room.

Being a nice guy, I greeted them and told them that I had come to sign in.

I had expected that they would just hand me the signing in the booklet as it was done in the past. But one lady housekeeper asked me a question I had least expected.

“Where is your Student Identity Card?”

My heart skipped a beat (I used to write that in primary school English Composition but that day I experienced it physically.)

And don’t forget that I had bought a room from another student, meaning that the room was registered in his name and details.

I had memorized the name, registration number, and phone number in case they asked me. But a student ID? Nope. I didn’t expect it.

In times of trouble, it is said that you must use your brain to the maximum. That is what I tried to do but it backfired terribly.

“Oooh, student ID? Mine got lost and I have applied for a replacement. I was saying room 55,” I replied calmly, trying not to sound panicked.

All of them cocked their eyes at me, probably guessing that something fishy was going on.

My brain can be stupid sometimes! Look at how it answered the next question from the same female housekeeper.

“Alright, let me have your National ID Card.”

I could feel a little tension rising up in the room. They shockingly, with their mouths wide open stared at my bushy mandevu (beards.)

Today I have been caught red-handed, I said to myself.

“Interesting,” started the second lady housekeeper. “Give us your birth certificate.”

The male housekeeper just sat there staring at me. I flashed him a quick look, maybe he would understand bro-code and save me. I noticed him clearly for the first time. He was an old man, nearly the age of my grandfather. Wueeh, I was totally on my own then, since grandpa-code doesn’t exist!

“I have a softcopy of the birth cert in my phone. If you give me five minutes, I will run down to the nearest cyber and print it out.”

I hesitated. My brain tried to conjure some quick solutions but all seemed impossible.

I even contemplated running out of the Housekeepers’ office but thought it was unwise. After all, they can easily track down my friend using his details on room 55.

“I had saved it in email, but I don’t have data bundles right now to download it.” I could now sense my voice starting to betray me – as I had not gotten accustomed to lying that much.

“There is something you are not telling us,” The first housekeeper said.

By then, a small crowd had gathered at the door of the Housekeepers’ Office to eavesdrop on the unlucky comrade. ME.

“AAAAh. LET ME JUST TELL YOU THE TRUTH. I GUESS THERE IS NO NEED TO LIE AGAIN!” 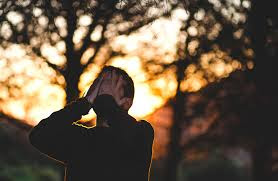 One of the housekeepers sighed loudly after I finished telling them the truth, nothing but the truth.

“You see, lying is not good. It is always good to tell the truth.”

“Yeah, I understand. What is the way forward?” I asked.

“Buying and selling rooms in KU is a serious offense. Hope you know that?” It was the old housekeeper.

“Okay, what you should do is this. Go to Accommodation Directorate near Student Annex and tell them the whole story. They know what to do.”

“Okay thanks,” I said sarcastically as I left the office.

I brushed aside a few students who had gathered to ‘hear the whole story from the horse’s mouth’. I had much on my mind than retelling the story of one of my worst days in KU.

For those wondering whether I went to the Directorate, that’s a story for another day. (You should also understand that if your case reaches the Directorate Office, you might be called to a disciplinary hearing by the much-feared school Senate – a situation I was not ready for.)

Well, that story happened many Semesters ago when I was in my First Year. Ever since that day, I have reformed and not committed other ‘crimes’.

I only want to graduate peacefully; I usually tell myself. “I should stay away from dramas as much as possible.”

And that is how I left residing in hostels to find off-campus accommodation. And I lived happily ever after!